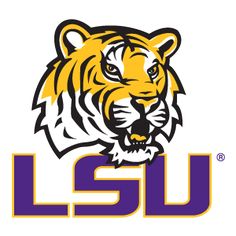 Ryan James Fandal, 42 of Gulfport, passed away Saturday May 1st at Memorial Hospital, surrounded by his family. Ryan was born July 31, 1978 in Slidell, the son of Rodney J. "Boo" Fandal and the late Cheryl Ann (Vitry) Fandal. He grew up in Slidell and enjoyed video games, football and hanging out with his friends. As he grew, football became more of his priority. He attended Northshore High School where he excelled as a linebacker, earning the nickname "Kamakazie" for his efforts on the field wearing #41. Ryan was a member of the Class of 1997, earning a scholarship to play for Louisiana Monroe, where he wore #27. A die-hard LSU Tiger fan, nothing would have made Ryan happier than to play at LSU and move on to the NFL as a New Orleans Saints linebacker. But an unfortunate injury brought those aspirations to an abrupt end. Though he was tenacious on the football field, Ryan had a very compassionate heart that showed off the field. He worked with the Special Olympics and spent time as a patient caretaker with Home Instead. He would sit with those who needed assistance, including his own grandfather, Julius. He also enjoyed rap style music, making some of his own at one point, producing a CD named "Mako Mr. Kazie. A Legend in his own mind." In recent years he did some work in landscaping. Ryan was a jovial trickster that loved a good prank. He so enjoyed going out to eat, especially if it was to Lil' Rays, where he would always have a roast beef poboy with a glass of sweet tea. His love of football stayed with him, rarely ever missing a Tigers or Saints game. He was a "candy-holic", with Twix, Reese's Fast Break and Now and Later among what you would find in his stash. He might share some from time to time with you, but Ryan always had some for "Tadpole".  You see, Kendra and the kids were his life. A romantic at heart, Ryan was always bringing her flowers, dancing in the driveway with her, or other special things like making her Easter baskets. He took and picked up the kids from school every day. Ryan and Kendra enjoyed trips to New Orleans to visit the French Quarter and have beignets. Ryan also had a heart for animals and would rescue any that he could. That's who he was, a loving, caring person with a huge heart and "the best soul". Ryan would do anything, for anyone. Warm, loving, funny and ever so romantic, he was the love of Kendra's life. Ryan was loved beyond measure, and his compassionate heart and beautiful smile will be forever missed by all. Ryan was preceded by his mother, Cindy; an infant sister Marissa Anna Fandal; paternal grandparents, Julius & Margurite  Galatas Fandal, and his uncles: Dr. Mickey Fandal, Thomas Fandal, Lynn Fandal, and Mayo Canulette. Left to cherish the many fond memories are: his fiance Kendra Pittman, with bonus children: Jaden, Liam, Jordan "Jojo" and Peyton "Tadpole" Millar, all of Gulfport; his father Rodney "Boo" and Tammy Gauley Fandal of Pearl River, LA; sisters Misty (Jason) Stiles of McKinney, TX, Hillary (Peter) Catalanotto of New Orleans, LA and Danielle (Jamey) Bainer of San Diego, CA; nieces Addy Stiles, Ava Stiles and Ruby Catalanotto, and his nephew Miles Catalanotto; aunts and uncles: Julie Canulette, Denise (Darryl) Hartley and Allen Fandal, along with his two pit bulls, "2" and "7". He leaves a legacy of a large extended family, numerous friends and teammates, with numerous tackles made through the years. His giving didn't end with his passing, as Ryan was an organ donor by request, giving life and hope to others. His final wishes were to be cremated, which his family is honoring. In lieu of any floral arrangements, the family requests donations be made to the hospice foundation of your choice in Ryan's honor. Trinity Funeral Services is honored to serve the Fandal family in their time of need. Please join us in keeping them in your thoughts and prayers through this difficult journey.

To send flowers to the family or plant a tree in memory of Ryan James Fandal, please visit our floral store.

You can still show your support by sending flowers directly to the family, or by planting a memorial tree in the memory of Ryan James Fandal
Share a memory
© 2021 Trinity Funeral Services. All Rights Reserved. Funeral Home website by CFS & TA | Terms of Use | Privacy Policy