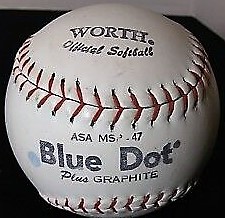 Ricky Triplett, 62 of Saucier, passed away Sunday morning in Covington, LA. He was born October 16, 1958 in Odenton, Maryland, the fourth of seven children to Arthur William and Shirley Mae (Clark) Triplett. His early years were spent there in Odenton, but the family moved to South MS to be close to other family members and have called Saucier home since. Growing up, Ricky enjoyed hunting, fishing and playing softball, but not necessarily in that order. Ricky dropped out of school and started hauling pulpwood at a young age, eventually graduating to logging. When he wasn't working, Ricky was playing softball somewhere. He played many years for Cootsie Broadus and was part of some pretty good teams that he assembled over the years, including VFW and the Beachcombers. Though he could hit a softball a country mile, Ricky made a career as a carpenter, doing whatever for whoever needed anything done. He was the ultimate handyman and could build anything out of nothing. Just a mention of needing something done would cause him to show up with tools in hand and ready to do it. He is lovingly remembered as a gentle giant that was calm and easy going for the most part. The type that would give you the shirt off his back, the keys or very last penny out of his pocket, if you needed it, he was also one that you truly didn't want to cross. He was an amazing man that loved to tell stories, and boy could Ricky spin them! A loving, protective family man, Ricky was always there when you needed him...if at all possible. He will be fondly remembered and forever missed by all who knew and loved him. He was preceded by his parents, Arthur W. "Sonny" and Shirley Mae Triplett, with his sister Carol Maron. Left to cherish the many fond memories are: his loving wife Derenda; one daughter, Cori Fitzgerald of Wiggins, and two sons, Ricky, Jr. (Lacey) Triplett of Kiln and Brandon Triplett of Saucier, with his step-son, Dean Patton, also of Saucier; his siblings, Butch (Renae) Triplett, Avis (Wesley) Bond, Doris (Mike) Cuevas, Flubsy (Jane) Triplett and Grace (Randy) Jones, plus his brother-in-law, Rudy Maron, all of Saucier. Ricky leaves a legacy of four grandchildren: Brennan, Cameron, Alex and Kannon, with one great-grandchild, Zayden, all of whom he loved dearly, together with numerous nieces, nephews, extended family, friends and teammates through the years. Ricky's final wishes were to be cremated, which his family is honoring. They will hold a celebration of Ricky's life at a later date where friends and family will gather to reminisce. Trinity Funeral Services is honored to serve the Triplett family through this difficult time. Please keep them all in your thoughts and prayers.

To send flowers to the family or plant a tree in memory of Ricky Martin Triplett, please visit our floral store.

You can still show your support by sending flowers directly to the family, or by planting a memorial tree in the memory of Ricky Martin Triplett
Share a memory
© 2021 Trinity Funeral Services. All Rights Reserved. Funeral Home website by CFS & TA | Terms of Use | Privacy Policy