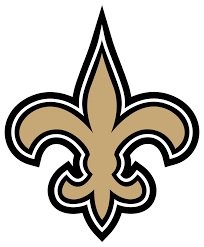 Michael Allan Entwisle, Sr., 68 of Marrero, LA, passed away Saturday, Sept. 10, 2021 at University Medical Center in Jackson. He was born July 18, 1953 in the Crescent City, the oldest of four children to Claude R. and Joycelyn (Eiswirth) Entwisle and grew up on the West bank of the river in Algiers. Mike enjoyed fishing, which became more of a passion than anything. In his teenage years, he worked at Piggly Wiggly and Harry's Hardware. He attended O. Perry Walker High School, graduating with the Class of 1971. Not long after, Mike landed a job with Bellsouth. He spent a lot of time working in manholes early on, but was a dedicated employee who worked his way up to supervisor over the years. Mike was offered an early retirement, which he took advantage of. Over all those years though, Mike was rarely idle. He dedicated lots of his time to his family, especially the kids and grandchildren, taking them fishing, coaching sports teams and so on. Mike was a dedicated member of the local bass fishing club, the Elk's Lodge #2496, serving as "exultant ruler" for two consecutive terms, and was the president and captain of the Elk's Krewe of Gretna for many years. In retirement, Mike became a pretty darned good cook. He would look up recipes and if they sounded good, he would try them. Those that were tasty he would keep, however there were some that were only done once. Mike was a fun-loving, outgoing guy who loved to dance, even though he had two left feet. So, he would normally break out "the alligator" at the Elk's Lodge, where he could at least cheer up the crowd. He is fondly remembered as a loving, caring, generous man, always bringing his wife and kids little gifts and presents over the years, but what he gave most of was his time. A devoted husband, father, grandfather and a trusted friend, he will be fondly remembered and sadly missed by all whose life he touched. He was preceded by his parents, Claude and Joycelyn Entwisle, along with his two sisters, Karen Bonvillian and Mary Usey. Left to cherish his memories are: his loving wife of forty-seven years, Cheryl; their children, daughter Shannon (Ron) Trotter of Carriere, MS and son Michael (Denise) Entwisle of Lafitte, LA; with his remaining brother, Christopher (Cheryl) Entwisle. Mike leaves a legacy of eight grandchildren that he did his best to spoil: Madison, Kyla, Maya, Ethan, Gage, Gavin, Clarissa and Tripp, along with numerous extended family and friends who will all miss him dearly. His final wishes were to be cremated, which his family is honoring. A Celebration of his Life is set for 11:00 AM Saturday, September 25th at the Gretna Elk's Lodge, with all who knew and loved Mike encouraged to attend. Trinity Funeral Services is honored to serve the Entwisle family in their time of need, asking everyone to keep them in your thoughts and prayers during this trying time.

To send flowers to the family or plant a tree in memory of Michael Allan Entwisle, Sr., please visit our floral store.