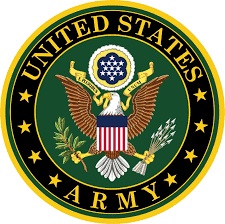 Jody Ralph O'Hara, 60 of Perkinston, lost his battle with cancer Tuesday, October 27th at Memorial Hospital in Gulfport. Born November 19, 1959 in Flint, Michigan, Jody was the son and youngest of five children to Charles William and Sylvia Lois (Osborne) O'Hara. He grew up in Flint enjoying music, reading and football. Jody dabbled with the guitar and played football through school, graduating from Flint Southwest High School in 1977. He joined the US Army, serving honorably for three years. After his discharge, Jody returned to Flint where he worked in various retail positions while taking journalism courses. He graduated, received his Associates degree, and began his journalism career with The Flint Journal. A Christian by faith, Jody came to South Mississippi with a missions team from Flint, to report about and assist with recovery efforts in the aftermath of Hurricane Katrina. Needless to say, he fell in love with the area and decided to stay, especially once he learned that the Stone County Enterprise had need of a reporter. Jody landed that position and made Stone county his home. He "jumped in feet first and hit the ground running" as they say, becoming as involved as anyone in the community and beyond. Jody won numerous awards for his journalistic work at the Enterprise, both with his pen and also his camera, but his talents and efforts certainly did not stop there. While there was no story he wouldn't pursue and report, he took countless photographs of scenery, events, athletes and more, opening "Off The Tracks Fine Art Gallery" in Wiggins. During his time at the Enterprise, Jody covered every board meeting, political event, business event, athletic event and anything else that happened in, or affected Stone county in some way, doing his best to make sure you knew all about it. He was actively involved with The Friends of Red Creek, making his home on the bank of it in Perkinston, choosing to remain there even after it flooded his home and took most of what he had a few years ago. Jody was active with "Mississippi Men Standing Tall" and other organizations, seeking to make local communities better places to live and call home. He also became one of Santa's primary helpers in and around Stone county, bringing smiles to thousands while spreading Christmas cheer at every opportunity over the past several years. Jody was named the 2018 Citizen of the Year by the Stone County EDP, an award that he was both honored and humbled to receive. While he called Stone county home, Jody never lost his love for Michigan, remaining a true Wolverine throughout. He was a loving brother that made friends easily wherever he went. A true patriot and gifted journalist, Jody will be forever missed by all who knew and loved him. He was preceded by his parents, Charles & Sylvia O'Hara, and his sister Jackie O'Hara Bennetts. Left to cherish his memories are: his sister Colleene (Jerry) Rabb and brother Chuck (Deda) O'Hara, both of Lake Havasu City, AZ, and his brother Elton (Judy) O'Hara of Jonesboro, TN. Jody had been married a couple times in his life but never had any children, other than his four-pawed kids, most recently two daughters, a pit bull named Tiffany and a lab mix named Jessie. He also leaves countless readers and followers of his journalism, thousands upon thousands of photographs, and untold numbers of friends from Michigan to South Mississippi and beyond. With Hurricane Zeta threatening, Jody's family evacuated back to Arizona. His personal wishes were to be cremated, which his family is honoring. A memorial service will be scheduled very soon, to be held at Trinity's McHenry location. As a US Army veteran, Jody will be laid to rest at Biloxi National Cemetery at a later date. Trinity Funeral Services is honored to serve our good friend Jody O'Hara and his family in their time of need. Please keep them in your thoughts and prayers over the coming days.

To send flowers to the family or plant a tree in memory of Jody Ralph O'Hara, please visit our floral store.

You can still show your support by sending flowers directly to the family, or by planting a memorial tree in the memory of Jody Ralph O'Hara
Share a memory
© 2020 Trinity Funeral Services. All Rights Reserved. Funeral Home website by CFS & TA | Terms of Use | Privacy Policy