Share a memory
Obituary & Services
Tribute Wall
Donations
Read more about the life story of Jana and share your memory.

Jana Dee Rocker, 51, went home to heaven July 26th, 2022 at Ochsner Medical Center in Jefferson, LA. She was born July 19, 1971 in Houston, TX, the daughter of Victor Ray and Donna (Kinman) Moerbe. Her family moved around quite a bit, so she grew up all over Texas, with a good bit of her time in Midlothian. She found a passion for reading early on, absorbing anything she could, with science and math among among her favorite topics and subjects to explore. Jana was diagnosed with bone cancer when she was 10 years old, loosing her left arm and shoulder in the battle. That experience inspired her all the more, and she set a personal goal of helping or finding ways to detect, or even cure the disease. Jana attended Midlothian High School, graduating with the Class of 1989. From there, she went on to the University of North Texas, earning a bachelors in biology, with a minor in chemistry, but she wasn't done. After taking an educational break for a while, Jana enrolled at USM in 2006 and went to work at the Gulf Coast Research Lab. Over the next couple of years, she earned her Masters Degree in Coastal Sciences. Still not satisfied, Jana continued on to the University of South Alabama in 2009, and began her doctoral work. Through hard work and determination, Jana earned her PhD in Medical Sciences in 2014, and spent a couple of years doing post-doctoral research at the USA Mitchell Cancer Institute. She did a lot of work in early detection, trying to identify cancers in patients as early as possible. Working with Dr. Lewis Pannell, they were awarded a US patent relating to pancreatic cancer biomarkers in colonoscopy fluids. Early in her journey, Jana met Ray Rocker on an internet bulletin board system while trying to get her computer fixed. He not only fixed her computer, but they found an interest in one another and began dating. The couple married a few years later and made their home in Gulfport. Jana moved away from the science field, returning to the IT world and accepted a position with Mississippi Gulf Coast Community College as a Data Analyst in 2016. She is fondly remembered as a kind, vibrant soul who was an inspiration to so many people. The kind of person that when told she couldn't do something, it was only fuel to prove you wrong. Jana was an avid cross fit participant, affectionately known as "the one-armed Bandit". She also loved her animals, especially cats. Jana was thoughtful and considerate, but more than anything, she was determined. Having cancer only magnified her determination to pursue her dreams. A Christian by faith, Jana had a close, personal relationship with the Lord. Because of that, Jana's faith became sight on July 26th! She was completely healed and is eagerly awaiting her friends and loved ones to join her in heaven. Needless to say, she will be sadly missed by all whose life she touched. Jana was preceded by her brother, Tracy Green; paternal grandparents Erwin and Aurora Moerbe, and maternal grandparents DeLyle and Katherine Kinman. Left to cherish her memories are: her loving husband, Ray Rocker; her parents Victor and Donna Moerbe of Hattiesburg, with her four-pawed kids, Sonic, Tommy, and The Colonel, her cats named for the places she found them. Jana's final wishes were to be cremated, which her family is honoring. A memorial service is being planned, and will be held on a later date, with details to be posted when scheduled. Trinity Funeral Services is honored to serve the Rocker family in their time of need, and asks that you remember them in your thoughts and prayers in this difficult time.

To send flowers to the family or plant a tree in memory of Jana Dee (Moerbe) Rocker, please visit our floral store. 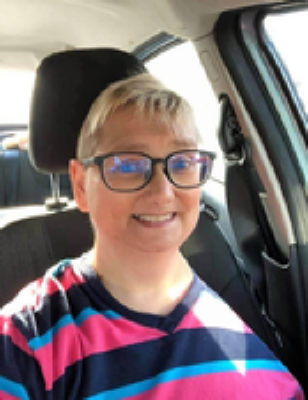 In Loving Memory Of

Look inside to read what others
have shared
Family and friends are coming together online to create a special keepsake. Every memory left on the online obituary will be automatically included in the book.

In Loving Memory Of

Look inside to read what others have shared

Family and friends are coming together online to create a special keepsake. Every memory left on the online obituary will be automatically included in the book.

You can still show your support by sending flowers directly to the family, or by planting a memorial tree in the memory of Jana Dee (Moerbe) Rocker
SHARE OBITUARY
© 2023 Trinity Funeral Services. All Rights Reserved. Funeral Home website by CFS & TA | Terms of Use | Privacy Policy | Accessibility