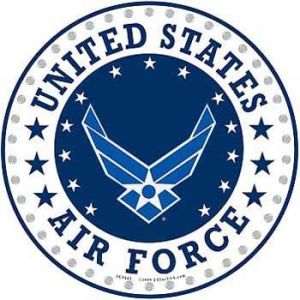 Frank Joseph Gambino, 83 of Picayune, passed away Tuesday morning at Picayune Rehab & Health. Frank was born August 4, 1937 in New Orleans, the oldest of four children to Vincent and Gertrude (Aucoin) Gambino. Growing up in New Orleans in the Catholic faith, his French-Italian heritage served him well. From an early age, Frank was a highly intelligent person that spent time reading and researching things that interested him. With his father raising canaries, he built his own incubator and began raising chickens. Frank graduated from St. Aloysius High in 1956 and joined the United States Air Force, serving for four years. Following his discharge, he returned to New Orleans where he worked for his father's construction company as a draftsman for several years. Frank decided to focus on birds, purchasing some property in the Picayune area in the 80s. He built a home and an aviary where he raised quail and other birds for many years. Frank is remembered as a quiet and reserved man that kept to himself for the most part. A respectful son and brother, he was honest and fair-minded in dealings with others. He will be sadly missed by all who knew and loved him. Frank was preceded by his parents, Vincent & Gertrude Gambino, and his brothers George and Ronald Gambino. Having never married, Frank is survived by his remaining sister, Charlene (Darryl) Champagne of New Orleans, with extended family, friends and neighbors through the years. His only "children" are the untold numbers of quail and other birds he has raised in his life. His final wishes were to be cremated, which his family is honoring, and he will be laid to rest in the family tomb in New Orleans at a private service. Trinity Funeral Services is honored to serve the Gambino family in their time of need, asking everyone to keep them in your thoughts and prayers over the coming days.

To send flowers to the family or plant a tree in memory of Frank Joseph Gambino, please visit our floral store.

You can still show your support by sending flowers directly to the family, or by planting a memorial tree in the memory of Frank Joseph Gambino
Share a memory
© 2020 Trinity Funeral Services. All Rights Reserved. Funeral Home website by CFS & TA | Terms of Use | Privacy Policy