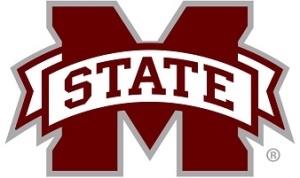 Donald Joseph Meyerchick, 89 and the youngest of four children to Frank, Sr. and Stella Barbara (Gonshocks) Meyerchick, passed away Wednesday, March 31, 2021 at The Pillars in Biloxi. Don was born December 8, 1931 in Chicago, IL and grew up in The Windy City on 111th Street. He was all about sports from the time he could walk, gravitating toward football as he grew older. In 1949 or so, Don graduated from Chicago Vocational High School, where his efforts on the football field earned him a full scholarship to Mississippi State University to play for the Bulldogs in the SEC. He accepted and moved to Starkville where Mary Lou Wright, a local young lady, eventually caught his eye. As a junior at MSU in 1952, Don received notice and was drafted into the US Navy. He and Mary Lou, a Chicago Catholic boy and Southern-belle Baptist, were married and moved to Jacksonville, FL for his induction. Don served honorably for four years, spending over half that time deployed overseas. After his discharge in 1956, Don & Mary Lou moved back to Chicago where he worked as a machinist for many years. Looking to come South, they purchased some land and moved to South MS in 1977. Don went to work at Paceco where he stayed until his retirement in 1986. After Mary Lou's retirement, they decided to move to Henderson Point and bought themselves an RV, spending lots of time travelling. Don also had a boat and spent lots of time on the water, fishing and relaxing. He was a "socially oriented" person that loved people. You couldn't miss his loud voice, which he used often to cheer on his favorite team, or to let officials know when they some help with calls and so on. He and Mary Lou regularly had friends and neighbors over to play cards and pass the time. In later years, both were frequent visitors to casinos along the coast, playing, dining and enjoying retirement. Don is remembered as a loving father, husband and trusted friend. He will be forever missed by all whose life he touched. Don was preceded by his parents, Frank & Stella Meyerchick, Sr.; sisters Esther Jemiola and Alice Jacus; his brother Frank Meyerchick, Jr.; his loving wife and soul-mate of 69 years, Mary Lou, their daughter, Jill Champagne and a daughter-in-law, Karen Meyerchick. Left to cherish the many fond memories are: his daughter Nancy Monaghan, with sons Donnie (Kathy) and Erik Meyerchick, all of Gulfport, and Paul (Regina) Meyerchick of Franklinton, LA. Don leaves a legacy of eight grandchildren, at least seven great-grands and several nieces, nephews, extended family and friends from IL to FL, MS and beyond. Both their final wishes were to donate their bodies to science, however due to the pandemic they were unable to do so. They will be laid to rest together at Biloxi National Cemetery, with military honors. Trinity Funeral Services is honored to serve the Meyerchick family in their time of need and asks everyone to keep them in your thoughts and prayers over the coming days.

To send flowers to the family or plant a tree in memory of Donald Joseph Meyerchick, Sr., please visit our floral store.