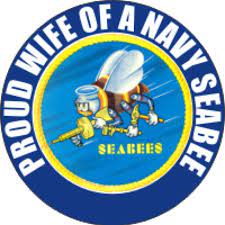 Barbara Ann Railey, 75 of Pass Christian, passed away at her home Wednesday, March 24th. Barbara was one of five children, born to Algie and Irene (Fail) Brown, August 30, 1945 in Canton, TX. She grew up in the Canton area, which is just outside the Dallas metro area. Barbara had an adventurous spirit about her, striking out at 17 to Chicago, later to South Mississippi. While working as a waitress at The Black Shield, she met the love of her life, Ed Railey, a young Seabee stationed in Gulfport between deployments to Vietnam. They were married in 1970, spending the rest of their lives together. As a Seabee family, they moved around a bit, which was just fine with Barbara. Ed retired from the military and they settled in Pass Christian until his passing in 2002. Barbara is remembered as a strong-willed and very opinionated woman. A survivor in every sense of the word, there wasn't much that she couldn't handle on her own, which served her well as an active duty Seabee wife. She was a strict disciplinarian and very loving mother who was always there for her children. A loyal, trusted friend to many, she will be forever missed by all whose life she touched. Barbara was preceded by her parents, Algie & Irene Brown;her sister Wanda Fail, two brothers, Glenn and Johnny Mack Brown, and her loving husband, CPO William "Ed" Railey (USN Retired). Left to cherish her memories are: one daughter, Donice (Chris) Stephenson of Jasper, TX and one son, Eddie (Debbie) Railey of Saucier, along with her youngest brother who she treated as her own son, Dennis C. Lee of Pass Christian. Barbara leaves a legacy of four grandchildren: Christopher (Monica) Stephenson of Woodville, TX, Justin (Gillian) Railey, Jeremy (Jessica) Railey and Mitchell (Courtney) Railey, all of Saucier; nine great-grands: CaiLee, Christopher and Connor Stephenson, all of TX, and Savannah, Dawsen, Lily and Wyatt Railey, with Christopher and Carsyn Mouring, all of whom she loved dearly, together with several extended family and numerous friends through the years. Barbara's wishes were for a simple graveside service, which will be held Friday, March 26, 2021 at 3:00 PM in Pine Ridge Gardens Cemetery in Gulfport, where she will be laid to rest beside her late husband. Trinity Funeral Services is honored to serve the Railey family in their time of need, asking everyone to keep them in your thoughts and prayers during this difficult time.

To send flowers to the family or plant a tree in memory of Barbara Ann (Brown) Railey, please visit our floral store.