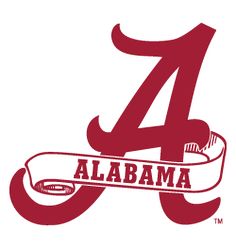 Samuel Ronald Tidwell, Sr., 59 of Gulfport, went home to be with his Lord and Savior. Sam was born August 5th, 1960 in Birmingham, AL, the middle of three children to Paul Allan & Janet (Parker) Tidwell. He grew up in the Gardendale area, and loved the outdoors. Sam enjoyed swimming, baseball, tennis, playing golf with his dad, and of course, Alabama football. A 1978 graduate of Gardendale High School, he went to Sr. College in Birmingham for a while before going to work for a grocery store. Sam enjoyed that line of work and stuck with it, working his way into management and taking some business management courses at MGCCC and some through Cornell University. He moved to South MS in the early 80's, and met Esther Bond in 1984. The two were married in 1986, and made their home in Gulfport. Sam enjoyed classic cars, fishing, hunting, and loved activities with his kids. He coached rec league football in Long Beach, winning the League Championship in his career. He is remembered as a man of his word. An older brother that was always eager to listen, Sam loved family gatherings and holidays. He had a great sense of humor and the kindest heart there was. A loving husband and best friend to Esther, proud father and grandfather, Sam will be fondly remembered and sadly missed. He was preceded in death by his parents, Paul & Janet Tidwell; his brother, Richard, and his son, Samuel R. Tidwell, Jr. Left to cherish his memories are: his loving wife Esther (Bond) Tidwell; their son Charles and daughter Jennifer (Thomas) Richards; four grandchildren: John Thomas Richards, Tucker Rhodes Tidwell, Natalie Marie and Zoey Leann Tidwell; one sister, Paula (Bruce) Jones, six nephews, a niece, and a number of great nieces and nephews, along with his loving church family and friends. At his death, Sam gave a gift to many others through MORA. A memorial service has been set for Saturday, Sept. 21st at the Bridge Community Church, 16121 Lorraine Rd in Biloxi. Visitation will begin at 10:00 AM, with the service to follow at 11:00. Trinity Funeral Services is honored to serve the Tidwell family in their time of need, and asks everyone to keep them in your thoughts and prayers during this difficult time.